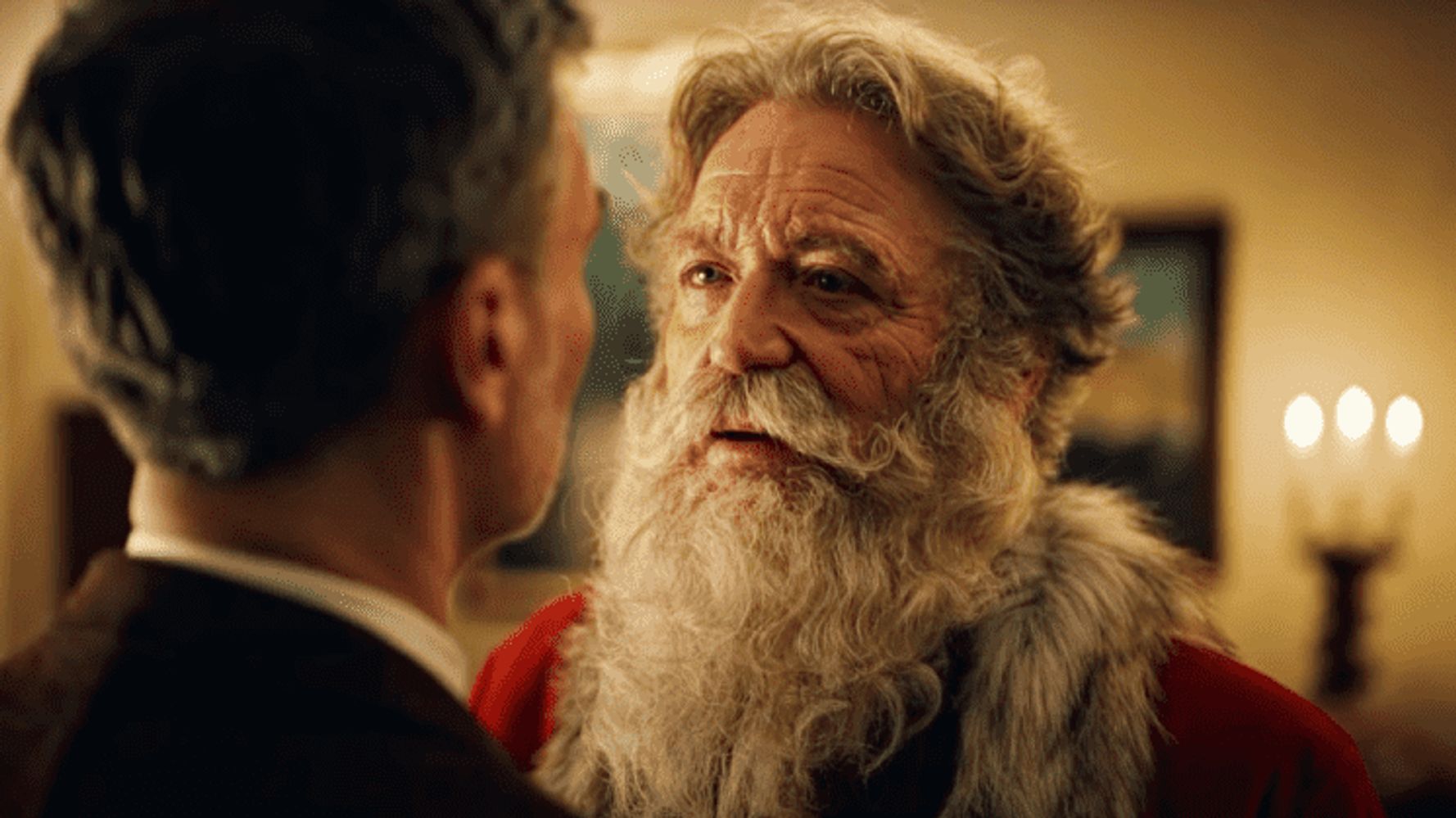 Spread the love
more
The Norwegian postal service Posten, of all places, is celebrating LGBTQ rights with a sweet seasonal ad as unique as a snowflake.
The commercial — that feels more like a mini indie movie directed by the likes of Noah Baumbach or Richard Linklater — portrays the budding romance between a man named Harry and Santa over the course of a few Christmases.

The Independent Spirit Award-worthy ad, titled “When Harry Met Santa” (an obvious riff on “When Harry Met Sally”), begins with a shirtless Harry going downstairs on Christmas Eve to get a glass of water and catching Santa delivering presents. Harry receives a special gift of his own in the form of intense mutual attraction.

The next year, a smitten Harry waits up to catch another glimpse of Santa. By the third year, Harry decides to get more proactive and sleeps on his sofa to wait for Santa’s arrival, who gently wakes Harry up by whispering, “You’re snoring,” and promising to return to him the next year.

As the two become closer over the years, a conflict arises when it dawns on them that due to Santa’s long list of Christmas Eve obligations, they only get to relish in their sweet bond once a year and for a brief amount of time.

But it’s nothing that a heartfelt letter — that consists of some very well-placed Mariah Carey holiday lyrics sent via Posten — can’t fix.

The postal service’s marketing director, Monica Solberg, told LGBTQ Nation that the ad was made “to celebrate the 50th anniversary” of Norway’s decriminalization of homosexuality. She also added a little bit of a backstory for the company’s current Santa spot by sharing that last year’s campaign centered around Santa being angry with Norway Post for taking away some of his business.

“This year, Santa is happy that Norway Post can relieve him a little, so that he can be with the one he loves,” she said.