States leapfrog feds on Covid boosters for all 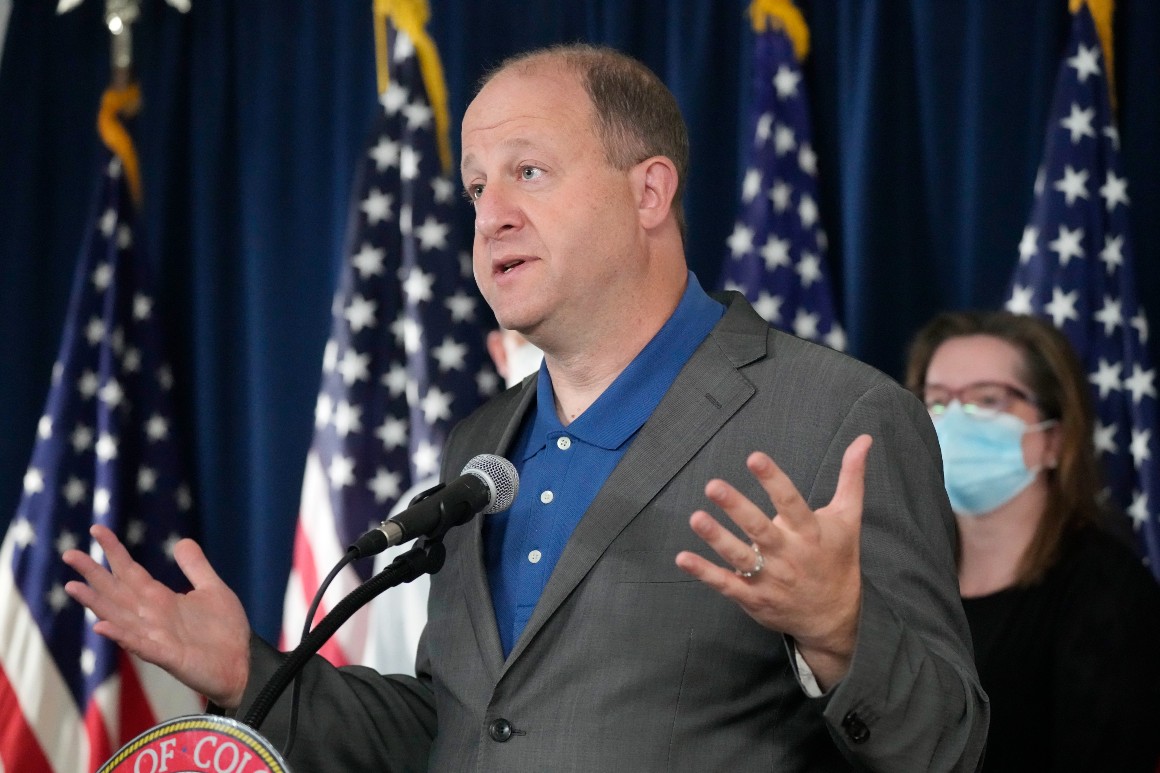 “We surge again like we did, we’re going to be rationing care in this state,” West Virginia’s Covid-19 czar, Clay Marsh, said Wednesday to a group of National Guard members mobilized to help vaccinate residents.

Halfway across the country, Colorado Gov. Jared Polis, a Democrat, signed an executive order ensuring every adult in his state can get a booster. California updated public guidance to do the same for its residents. And New York City joined in the booster race, permitting third shots for all adults far enough removed from their initial inoculations.

The moves to preempt federal guidance have become just the latest point of frustration for Biden administration officials who have spent the last three months managing the complicated booster rollout. Yet their ire is less directed at state leaders than at outside vaccine advisers and the Centers for Disease Control and Prevention for refusing to greenlight boosters for all back in September.

The CDC this week hastily announced a meeting Friday during which its independent advisers are expected to endorse expanded access to Pfizer’s booster for adults 18 and up. But many state and local officials fear the mixed messaging is continuing to confuse people who are eager to get boosted — and reinforcing the hesitancy of others who haven’t yet been immunized.

“I actually think that may have been a foundational problem of the pandemic,” Marsh said. “I don’t care who you are. It’s been confusing.”

In interviews this week, people close to Biden’s Covid-19 response effort described deep frustration over the appearance that the administration was playing catch-up to states. Officials are also increasingly worried that the delay in expanding boosters is helping set the stage for a winter resurgence of the virus, those people said.

Federal booster recommendations currently cover anyone 65 and older, adults with certain underlying health conditions and adults whose jobs increase their chances of contracting or spreading Covid.

The seven-day moving average of Covid-19 cases has jumped 21 percent over the last two weeks, a trend that some Biden health officials believe could have been curtailed if more people had gotten their booster shots.

President Joe Biden’s summertime call for boosters for all was rebuffed by independent scientists who advise the FDA and CDC and were skeptical that the available data justified widespread distribution of additional doses. But it also represented an embarrassing setback for a White House that had already committed to handing out boosters to everyone. And it complicated what officials said would have otherwise been straightforward message from the federal government, fueling confusion on the ground and weeks of criticism over the administration’s vaccine strategy.

Now, two months later, the government is belatedly preparing to expand booster eligibility despite little change in the available data surrounding the shots.

Asked Wednesday why regulators weren’t providing uniform guidance as states go rogue, CDC Director Rochelle Walensky referenced the customary advisory committee process and said her agency would act on boosters for all adults as soon as the Food and Drug Administration formally authorizes them. “We are actively following the science and the data,” she said.

FDA is expected to sign off on Pfizer boosters before the CDC’s advisory committee on vaccines meets Friday afternoon to weigh booster recommendations.

Despite the stated limits on booster eligibility, the CDC has urged health providers to rely on the honor system and give the shots to those who say they’re eligible. Governors like Justice and Polis for weeks have nudged their citizens to take advantage of the murky criteria and seek out boosters due to high caseloads and hospitalizations. Justice has also pointed to his state’s high rates of obesity, diabetes and other public health concerns that make most of the population “high risk.”

In Colorado, booster demand has spiked in the past few weeks as Polis and state health officials began more explicitly telling adult residents to get additional doses, said Brian Spencer, a spokesperson for the Colorado State Joint Information Center.

New York City had seen a lag in booster uptake among people who were technically eligible but didn’t realize it or were confused by muddled messaging, Mayor Bill de Blasio said this week.

“The rules weren’t clear enough and the numbers weren’t big enough. That’s the bottom line,” de Blasio said. “It’s much easier and clearer to say, ‘Everyone come and get a booster.”

Still, the shifting messages have sparked confusion. California urged all adults to begin seeking boosters earlier this month before updating its online appointment portal, sparking frustration among those who tried to schedule shots but were asked to indicate a medical condition or other risk factor to snag an additional dose.

Some public health experts worry a focus on boosters could further complicate efforts to convince the unvaccinated to get their shots. And a blanket booster recommendation by states for all adults — even young, healthy individuals less at risk for severe complications — emphasizes the benefits of an additional dose without acknowledging potential side effects, regardless of their rarity.

“The issue is not will it help, but rather does it help more than the chance that it can hurt,” said Walid Gellad, director for the Center for Pharmaceutical Policy and Prescribing at the University of Pittsburgh. “The part about risk-benefit is you can’t just ignore risk and focus on benefit.”

Outside health advisers to the FDA and CDC first considered widely providing Pfizer-BioNTech boosters in September because the companies petitioned regulators to endorse them for individuals 16 and older. But the experts swiftly pushed back on permitting extra doses for older teens, arguing there wasn’t enough data showing the benefits of boosting would outweigh the risks of side effects. Myocarditis, an inflammation of the heart muscle, has been detected as a rare but serious side effect of the Pfizer and Moderna vaccines, particularly among males under 30.

But Biden’s summertime booster promise undercut the regulatory and scientific process that has long guided vaccine and drug approvals because he “implied that two doses wasn’t enough,” said Paul Offit, director of the Vaccine Education Center at the Children’s Hospital of Philadelphia and a member of the FDA’s vaccine advisory panel.

“He just declared, ‘This is what we’re going to do,’ without going through the regular process … so it continued the precedent for just having the administration declare things,” he said, referring to some Trump administration officials’ penchant for pushing questionable therapies without supporting data.

“You’ve got a population in West Virginia and throughout Appalachia that historically has been suspect of” state and federal government, he said. “So when you combine that with what people see in hesitancy in decision-making and disinformation, that combines for a real unique challenge for us.”

Hoyer estimates that about 15 percent of West Virginians “will absolutely not take this damn thing.” But state data shows there’s been a steady uptake of first doses, he said, even now, 11 months since vaccines first became available.

The problem, Hoyer said, is that rate is 0.1 percent, which “ain’t fast enough.” So the state is also going to focus on increasing booster uptake in an effort to prevent its hospitals from being inundated with Covid patients and then needing to ration care. More than a quarter of those hospitalized in the state are fully vaccinated, which Hoyer and Marsh say makes the case for deploying boosters widely there.

West Virginia may be a small state, but it borders several states and regions — Ohio, southwestern Pennsylvania and western Maryland — that would be affected if the state’s two Level I trauma centers became overloaded.

If that happens, Hoyer warned, “it’s not just a West Virginia thing anymore.”