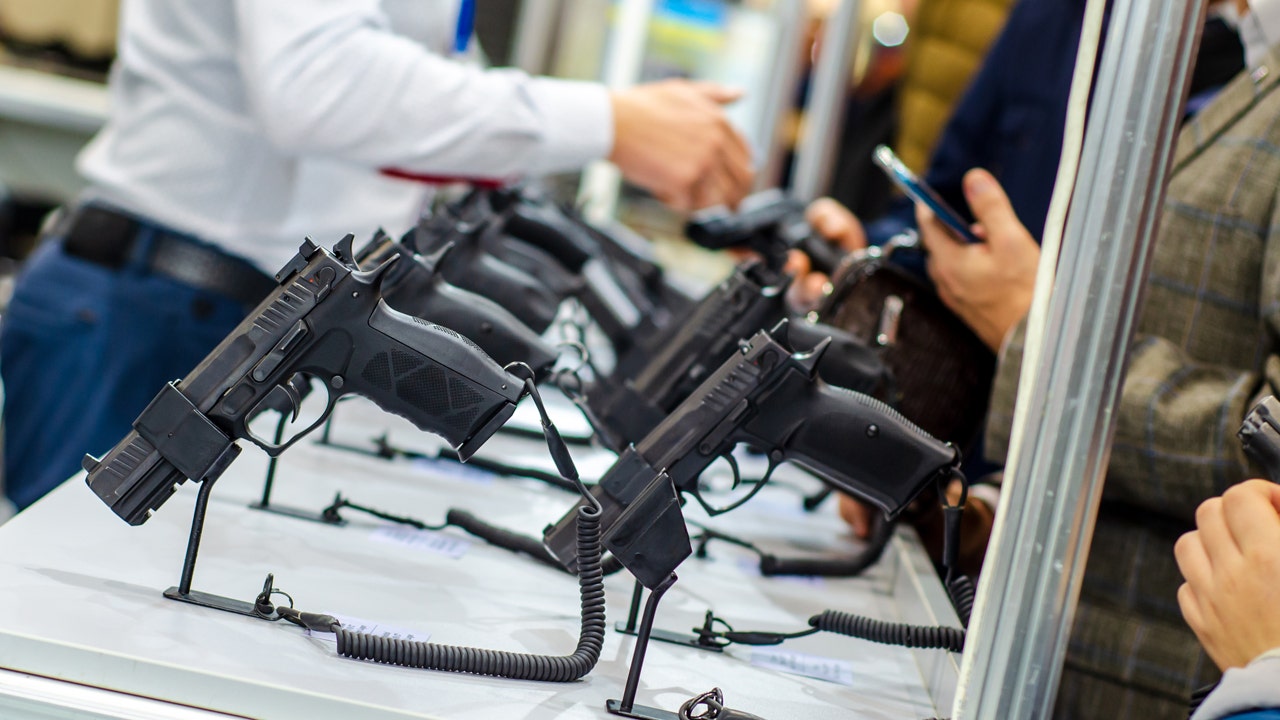 A new poll shows that support for stricter gun control laws has dropped in the United States.

Americans’ support for stricter gun control laws, according to Gallup, has fallen five percentage points since last year down to 52% which is the lowest reading since 2014.

FILE – In a May 16, 2006 file photo, rifles line a hunting store’s shelves in Ottawa. Prime Minister Justin Trudeau said Friday, May 1, 2020 that Canada is banning the use and trade of assault-style weapons immediately. (Jonathan Hayward/The Canadian Press via AP)

Additionally, the poll shows that 35% of U.S. adults believe that firearm sale laws should be kept as they currently are and only 11% believe in tightening them further.

Gallup has tracked support for a ban on handgun possession since 1980 and found that only 19% of Americans support that restriction which represents an all-time low.

“Americans’ support for stricter gun laws has typically risen in the aftermath of high-profile mass shootings and fallen during periods without such events,” Gallup explained. “Changes in the party occupying the White House may also influence preferences for gun laws. Generally, the public favors stricter laws when Republicans are in office and less strict laws when Democrats are.”

John Lott Jr., President of the Crime Prevention Research Center, pointed out the partisan divide in the poll and said it is unlikely Democrats will rethink their position on guns.

“While America has the most strongly gun control advocating president in our history, pushing regulations driving gun makers and gun sellers out of business, support for more gun control has fallen by 15 percentage points in just five years,” Lott said. “Yet, it seems unlikely that Democrats will rethink their support for more regulations. The partisan divide on this issue has never been so large — 91% of Democrats and only 24% of Republicans support stricter laws.”

The Gallup poll comes the same week a Rasmussen poll showed that most Americans who own firearms oppose the U.S. government compiling information on gun owners and fear that could lead to all weapons being confiscated.

Over the summer, President Biden laid out a new crime prevention strategy that he said would focus on strengthening background checks, banning assault weapons and high-capacity magazines, and boosting community policing. .

“Those who say the blood of Patriots, you know, and all the stuff about how we’re gonna have to move against the government,” Biden said. “If you think you need to have weapons to take on the government, you need F-15s and maybe some nuclear weapons.”

“We’re not changing the Constitution. We’re enforcing it,” the president continued.

Biden touted “zero tolerance” for gun dealers who willfully violate the law, and claimed that 90% of illegal guns found at crime scenes were traced back to 5% of gun dealers.