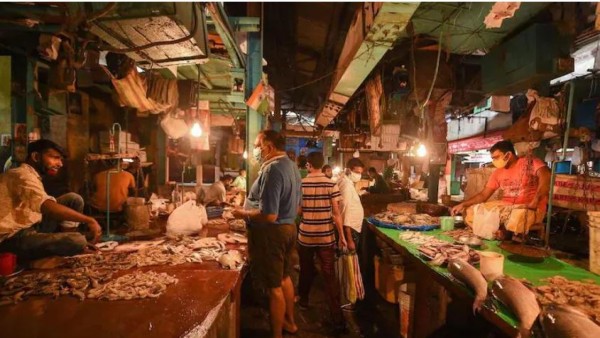 New Delhi, November 18 Roadside stalls in Ahmedabad will no longer be able to sell meat. In addition, in two other major cities of Gujarat, Vadodara and Rajkot, the administration has directed vendors to cover non-vegetarian items. In addition, days have been fixed for opening meat shops in Gurugram. No matter how hard the government tries to curb the public sale of meat and meat products, the reality is that the consumption of meat in India is steadily increasing, that is, the number of non-vegetarians is declining. It is increasing day by day.

More than 70% of the people in India are non-vegetarians

According to some reports, more than 70% of the people in India consume meat, fish or eggs. The report also reveals that despite knowing the nutritional value of eggs, about a dozen states have not made eggs a part of their mid-day meal in their schools.

On the other hand, states with less carnivorous populations are most reluctant to include eggs in their menus, according to an analysis by India Today Data Intelligence Unit (DIU). The decision to include eggs in the diet of children has been a topic of discussion in the country recently. While the Madhya Pradesh government has removed eggs from the children’s mid-day meal, Karnataka has included them in its diet.

Also read: Now a dog phone, too, will be able to talk on the phone with its owner away from home

The craze of Indians for meat is growing
The debate on vegetarianism in India is never old. On the other hand, data from the National Family Health Survey-4 shows that 70 per cent women and 78 per cent men in the country eat meat in one form or another. Official figures show that Telangana, Andhra Pradesh, West Bengal, Tamil Nadu, Orissa and Jharkhand are the states where the proportion of carnivores is over 97 per cent. In contrast, Punjab, Haryana, Gujarat and Rajasthan have the lowest carnivorous population (less than 40 per cent).

The rapidly growing number of non-vegetarians in India, 7 out of 10 people eat meat.