Tiger Woods can have any Presidents Cup role he wants, US captain Davis Love III says 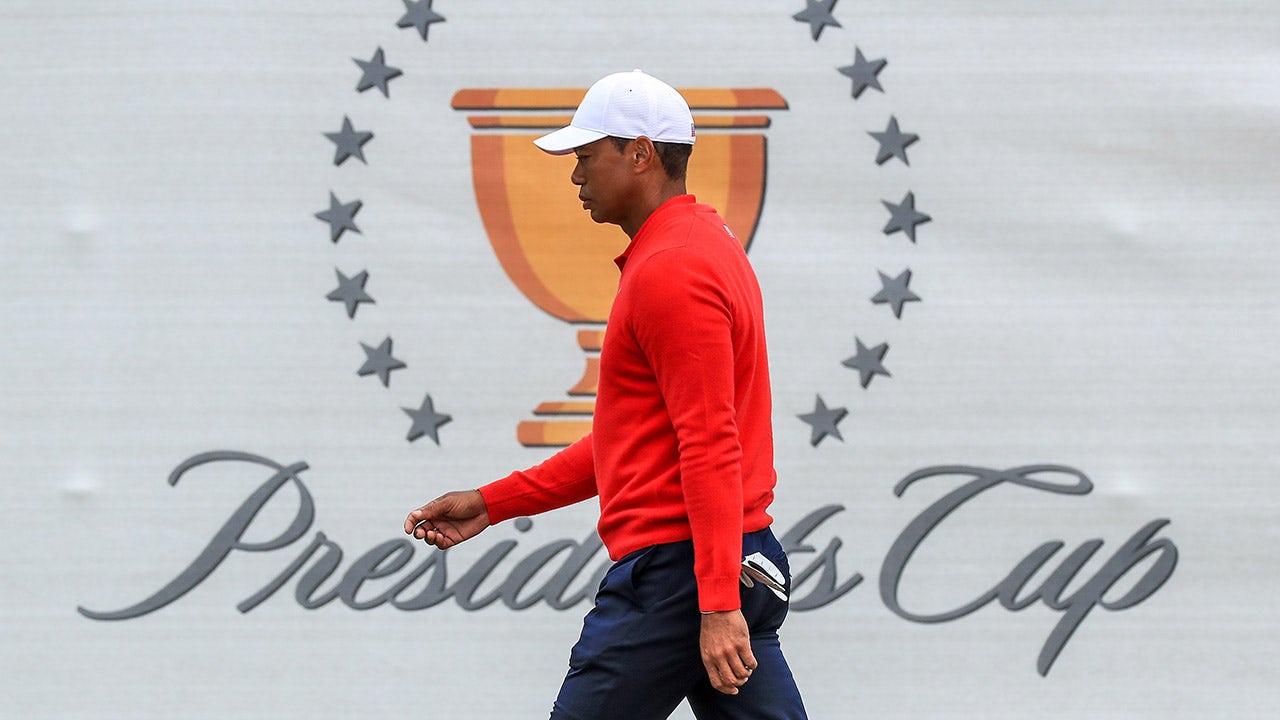 Tiger Woods may not be ready to play golf for quite some time, but the U.S. captain for the Presidents Cup made clear Tuesday the legendary player could come back to the team in any capacity he wants.

Davis Love III told reporters he and Woods were discussing him playing on the 2022 Presidents Cup team before he got into the horrific car crash in Los Angeles that left him with a devastating leg injury. He said once Woods is ready, he can have whatever role he desires.

Davis Love III smiles while on the first hole prior to the PGA TOUR Champions SAS Championship at Prestonwood Country Club on Oct. 14, 2021 in Cary, North Carolina.
(Tracy Wilcox/PGA TOUR via Getty Images)

“Tiger, I think we pushed – it would have been a great captaincy for Tiger to continue on. At the time we were discussing it, he said, ‘No, I’m playing really good, I’m gonna make the team, and I enjoyed Australia being playing captain, but I want to be a player on the team.’ So his role is whatever his role wants to be. If Tiger calls me up and says, ‘Hey, you’re kicked out, I’m taking over,’ that’s Tiger’s role. If he wants to be an assistant, you know. I would hope that he comes back and starts playing and can make that a goal, to be on the team,” Love said, via Golf Channel.

“He was a big part of our Ryder Cup. It took us a while to get him to the point where he would engage. Obviously, he had a rough start to the year, but once we got him in the loop, he was a big help and a lot of fun for the Ryder Cup and for the team. Obviously, the guys were going to see him down there in South Florida all summer, but leading up to the Ryder Cup, obviously, he had a watch party at his house. He can do whatever and I know he’ll be a big part of it.”

Tiger Woods of the United States Team plays his tee shot on the first hole in his match against Abraham Ancer during the final day singles matches in the 2019 Presidents Cup at Royal Melbourne Golf Club on Dec. 15, 2019 in Melbourne, Australia.
(David Cannon/Getty Images)

Love appreciated Woods’ insights and the analysis he can bring.

The Presidents Cup is set for September 2022 in Charlotte.

It’s unclear when Woods will be able to play again. He was recently spotted in Los Angeles walking around with a limp.

Justin Thomas revealed last week that Woods was “going to try” a comeback.

“I mean, I know that he’s going to try. I just, I don’t see him ever playing if he can’t play well. He doesn’t strike me as a guy that’s like, he’s played at home and he’s shooting a bunch of 75s and 76s and he’s like ‘Alright, I’m gonna give [the Masters] a try this year.’ Like that’s not really gonna be him, at least to my understanding, or from what I know of him,” Thomas said on the “No Laying Up” podcast.

“I think he knows that there’s a pretty good chance that that was the last chance he really ever had, before that, of making another run, but at the same time, I know how determined he is and I know he’s going to want to at least try to give something again.”

Tiger Woods the playing captain of the United States Team walks to the first tee during the final day singles matches in the 2019 Presidents Cup at Royal Melbourne Golf Club on Dec. 15, 2019 in Melbourne, Australia.
(David Cannon/Getty Images)

Thomas said, ultimately, Woods wants to be the best dad he could be to Charlie, 12, and Sam, 14.