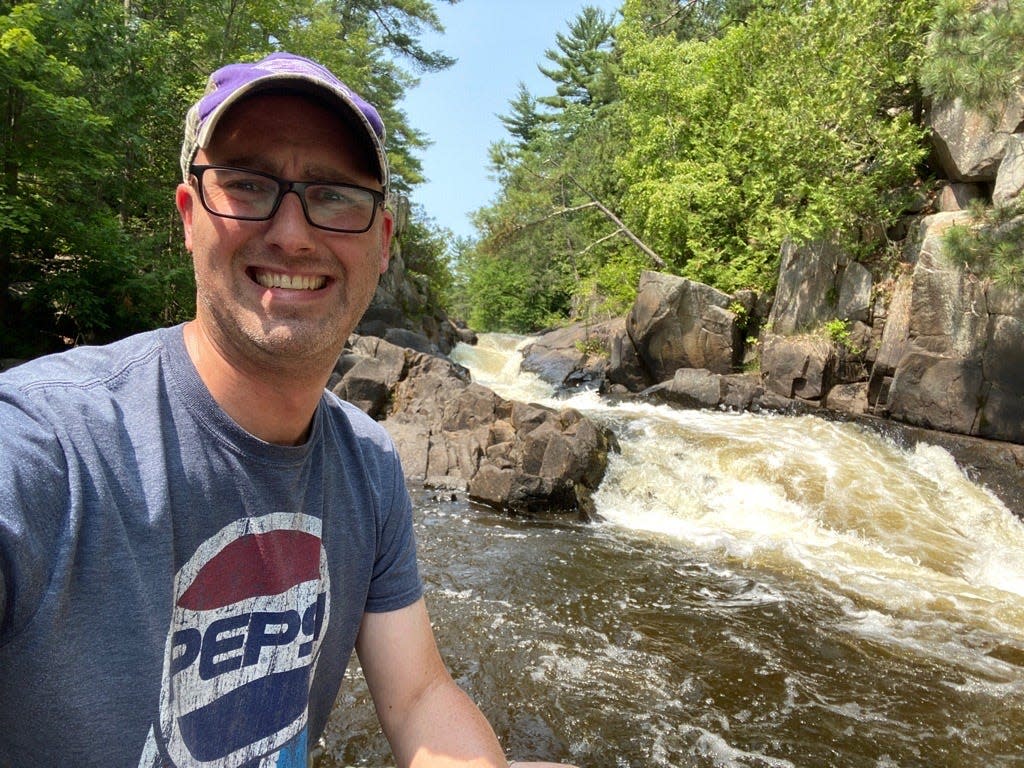 A month ago, I interviewed the mother of a 13-year-old who was caught on video stealing a 2018 Kia Sportage with another teen right in front of the car’s owner.

Now, I’ve had a chance to talk with the owner of that car — Zachary Bennett — who got in touch with me about the financial and mental burden he’s been under since the teenagers took his car.

It’s just one man’s experience with the costs and burdens of being a victim of crime, but it’s a window into the impact of Milwaukee’s rising car theft problem.

Bennett is out thousands of dollars, and so is his insurance company.

RELATED: Milwaukee has a car theft crisis. A group of older Black men is trying to stop it.

“When people say they are ‘just stealing cars for joy rides,’ they don’t factor in how much it costs the victim,” Bennett said. “It costs thousands of dollars, and I don’t think it’s fair that victims have to pay. Maybe the parents of these kids need to pay.”

Bennett’s video of the car theft Oct. 3 has attracted nearly 10,000 views on YouTube.

Unfortunately, there are few consequences for most young car thieves.

Bennett wants the kids locked up or forced to attend a mandated program to change their behavior. He thinks parents should be responsible for the damage their children cause.

“If we don’t do something, then nothing with change.”

Car was stolen while he was on a walk

When Bennett’s car was stolen, he was coming back from a walk on the Oak Leaf Trail.

He owns “The Club” — a car theft deterrent — but didn’t put it on the steering wheel because it was early, and his car was the only one in the lot.

When he was walking back to the parking lot near West Bobolink and North Fond du Lac avenues, he saw a second car parked in the lot.

When Bennett opened the driver’s side door, one teen was behind the wheel with a screwdriver peeling back the steering column. And the 13-year-old standing outside the car and serving as a lookout was trying to hide his face with his hoodie.

The kids were not scared off when they saw Bennett coming. But when they couldn’t get the car to start, they left to get back into the lookout vehicle.

But it wasn’t over.

One of the teens came back, claiming he had left his phone in Bennett’s car and got back behind the wheel. “That’s when I started recording him,” Bennett said.

But the teen wasn’t looking for a phone; he was using a screwdriver to start the car.

“Get out of my car right this minute,” Bennett said.

The teen ignored Bennett, saying, “This is my shit,” before screeching out of the parking lot behind the lookout car.

“They left (the 13-year-old) behind. He was running behind,” Bennett said.

Bennett, 36, and a teacher at Heyer Elementary School in Waukesha, said he didn’t try to take on the kids physically.

“It’s just not the best way to handle things.”

Milwaukee remains on a record pace for car thefts.

Two thirds, or nearly 70%, of the cars being stolen in the city are Kias and Hyundais. Experts say Kias are targeted due to a design flaw, where a person can break out the back window, get into the car and peel back the steering column with a screwdriver and start the car with a USB device.

Milwaukee Police Chief Jeffery Norman said members of the public have told him that reckless driving is near the top of their priority list for the department.

Norman said a multifaceted strategy is needed, citing a car theft task force and continued work with federal and state partners. He said the department will continue to identify groups involved in car theft rings.

Car thefts, reckless driving and violent crime are all tied together, Norman said.

Young people steal cars, they use those cars to commit other crimes, and they often endanger the rest of us because they are reckless and inexperienced behind the wheel.

In Wauwatosa, four teens were arrested after a fatal hit-and-run accident on Oct. 14.

Sunita Suratu Balogun-Olayiwola, 47, of Oshkosh, was killed while trying to stop the teens from stealing a car from the Holiday Inn Express parking lot.

They ran her over multiple times with her own vehicle.

Police said four juveniles from Milwaukee — ranging in age from 13 to 15 — were caught shortly after a police chase.

A 13-year-old boy, Jayden Adams, is charged as an adult in the crime. Adams allegedly got past Balogun-Olayiwola, hopped into the driver’s seat, struck the victim in the mouth, and kicked the door into her head. When she fell, Adams allegedly ran her over.

After killing Balogun-Olayiwola, the teens allegedly went to a Walmart and used the victim’s credit card to go shopping.

Other suburban areas are seeing an uptick in car thefts.

“Kias and Hyundais account for 67% of our car thefts. This is not just a Milwaukee problem, this is a Milwaukee County problem,” said Wauwatosa Police Sgt. Abby Pavlik.

Bennett said car thieves are getting younger and bolder because they face few penalties.

His Kia was found a half a mile away blocking someone’s driveway. The thieves struck something, flattened a tire, and left the car running.

“The total damage to my car was nearly $7,000,” Bennett said. “But I’m still without my car because of there being a backorder on parts.”

Bennett’s insurance only covered the cost of a rental for up to $1,200. He has paid $825 out of pocket for a rental so he has reliable transportation to get to work.

One of the most frustrating parts of his ordeal came after he read my recent column on a group of older Black men who are trying to mentor young people who get in trouble.

“I am the person whose car was stolen, and recorded the video of Felisha Kelly’s son stealing my vehicle with his friend,” he wrote in an email. “I am surprised that the paper has already found out who is the parent of the child, seeing I as the victim was never informed.”

I was able to locate the child’s parent through my large social media presence.

Since the theft, Bennett has been on the phone with his alderman, police, Attorney General Josh Kaul, and even reached out to a Milwaukee attorney to have his name added to a lawsuit to sue Kia over defects that plaintiffs claim make the cars easy for thieves to steal.

“Everything has to be on the table, including holding parents’ financially responsible,” Bennett said.

Bennett purchased his 2018 Kia in June, and it was a big deal for him because it was the first “newer” vehicle he’s ever purchased. Most of his cars have been 12 years old or older.

“Now I’m rethinking if this was a mistake and I shouldn’t feel that way,” he said.

Car theft is not a victimless crime, and we need to stop treating it like it is. It’s not just the loss of valuable property. It’s the inconvenience of having your car stolen and often losing your vehicle for good. It’s higher insurance rates. It’s out-of-pocket costs. It’s the sense of violation.

It is time that victims of these crimes are protected.

James E. Causey started reporting on life in his city while still at Marshall High School through a Milwaukee Sentinel high school internship. He’s been covering his hometown ever since, writing and editing news stories, projects and opinion pieces on urban youth, mental health, employment, housing and incarceration. Most recently, he wrote “What happened to us?” which tracked the lives of his third-grade classmates, and “Cultivating a community,” about the bonding that takes place around a neighborhood garden. Causey was a health fellow at the University of Southern California in 2018 and a Nieman Fellow at Harvard University in 2007.